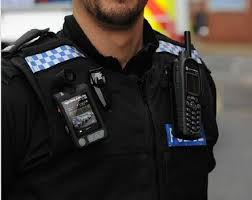 Body-Worn Camera (BWC) Policy and Implementation Programs. Applications are due by 11:59pm eastern time on April 27, 2016.

Eligible applicants are limited to public agencies of state government, units of local government, and federally recognized Indian tribal governments that perform law enforcement functions (as determined by the Secretary of the Interior); or any department, agency, or instrumentality of the foregoing that performs criminal justice functions (including combinations of the preceding, one of which is designated as the primary applicant). However, applicants awarded funds under the 2015 Body-Worn Camera Pilot Implementation Program or the 2015 Smart Policing Body Worn Camera Initiative solicitation are not eligible for funding under this solicitation.

There are two grant categories:

For law enforcement agencies with more than 25 officers, there is an estimated $15,200,000 available in federal grant monies as follows:
o   Four awards estimated for extra-large agencies (1,000 + officers) – maximum request of $1,000,000 per agency

For law enforcement agencies with less than 25 officers, there is an estimated      $1,720,000 available in federal grant monies as follows:
o   Forty-three awards estimated, with maximum requests of $40,000 per agency

This grant opportunity has a mandatory 50 percent match requirement.

Successful applicants should identify the methods by which they plan to address the “Considerations for Implementation” referenced in the COPS “Implementing a Body-Worn Camera Program” report. Additionally, the applicant should describe the existing or intended methods of establishing and measuring the success of the BWC program and the policies and practices required for a sustainable BWC program, including the relationships with associated agencies, advocates, and other interested parties.

If you are interested in California Consulting writing this application for your entity, please contact us at shasta@californiaconsulting.org or our Southern California Office at (323)728-9002.