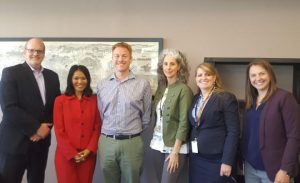 Millbrae has a rich history dating back to 1860 where Darius Ogden Mills purchase the land from the Sanchez Family.  The estate became known as “Millbrae” from “Mills” and the Scottish word “brae,” which means “rolling hills” or “hill slope.” Children swam in three lakes situated on the estate and sold acacias to tourists before the Mills family began to sell the land for development.  In 1931 the citizens of Millbrae established a volunteer fire department that remained on a volunteer basis for 7 years! Millbrae also used a private patrol that was funded by the merchants and it’s residents until 1941.

This sense of community from its humble beginnings has continued through to the present day. Today, Millbrae boasts over 21,000 residents who are employed in various industries throughout the Bay Area. The children attend one of five public elementary schools or private schools. The city’s senior citizen community recently dedicated a new senior wing within the Millbrae community center. Millbrae has Sister City relationships with La Serena, Chile, and Mosta, Malta.

California Consulting is honored to provide grant writing services to the City of Millbrae and collaboratively strive to turn their vision into their legacy.