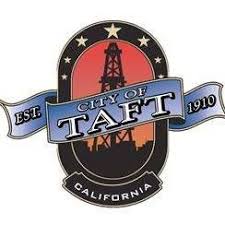 CC LLC is honored that the City of Taft has asked us to provide grant writing services.

We look forward to collaborating with the City to help transform their vision into their legacy.

Taft is situated in a major petroleum and natural gas production region in California and is one of the few remaining towns in the United States which exist exclusively because of nearby oil reserves. The discovery of oil in the region occurred in the late 19th century near Maricopa, seven miles (11.27 km) south of Taft. Many other oil and gas accumulations were discovered around Taft during the early-to-mid-20th century, notably the Midway field (near Fellows, California), Sunset field (later found to be part of the same trend, accounting for the modern combined name of Midway-Sunset), and the Buena Vista. The town is built directly between these two huge fields. The operational activities within these fields, as well as Occidental Petroleum‘s Elk Hills Oil Field north of Taft, have been the economic lifeblood of the town for over 100 years!